1. The origin of salad dressing

Salad dressing has a history of about 200 years. In the depths of the Mediterranean, there is a small island called Minorca. There is a small town called MAHON on the island. It is said the birthplace of the salad dressing. In the middle of the 18th century, the island of Minorca belonged to the British territory, was conquered by the French army. 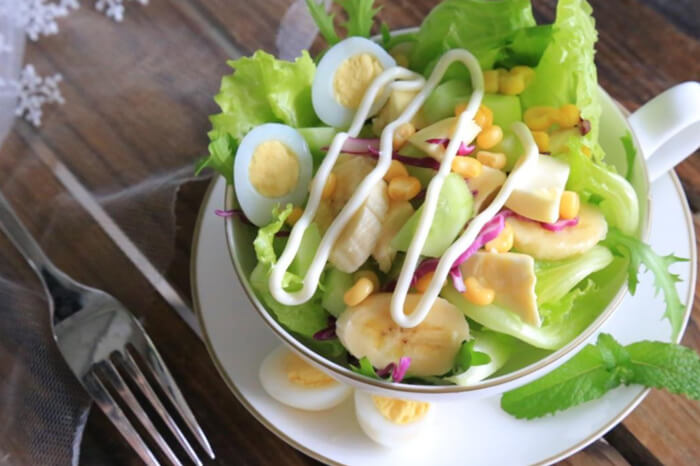 “What is this sticky sauce?” The Duke de Richelieu had never seen this way of eating. “Oh, it is a kind of sauce that is often eaten on our island. How about it? Does it taste okay?” “Well, it’s so delicious! Please teach me how to make this sauce, okay?” Then, Duke de Richelieu listened carefully to the method of making this sauce and noted down the amount of egg and oil.

After returning to Paris. He named this sauce “MAHON sauce”, and it was often used to entertain guests and friends at gatherings of princes and nobles. As a result, this sauce was well received and soon spread in Paris, known as the “Capital of the World” at the time. Later, it gradually flowed into the homes of ordinary people. This “MAHON sauce” is the predecessor of today’s salad dressing.

2. The growth potential of the global salad dressing market is huge

A related market research report from Grand View Research pointed out that the global packaged salad market will be worth 10.78 billion U.S. dollars in 2020 and is expected to grow at a compound annual growth rate (CAGR) of 8.2% from 2021 to 2028.

The growth of the market can be attributed to the increasing popularity of salad dressings and the increase in the consumption of portable food packaging. The global spread of COVID-19 has promoted the growth of the packaged salad market as people all over the world have an unprecedented interest in cooking at home. With the closure of many restaurants on the street, more and more consumers began to prepare their own meals, which promoted the demand for a variety of foods and seasonings, including salad dressings.

Generally, the main raw materials of the salad dressing we buy are vegetable oil, egg yolk, and brewed vinegar, plus seasonings and spices. Among them, vegetable oil is mostly olive oil in Europe, while soybean salad oil is generally used in Asia. After the oil and egg yolk is fully stirred, emulsification occurs, and it becomes a delicious salad dressing. A small amount of vinegar mainly has an antibacterial effect, so the salad dressing generally does not contain preservatives and can be regarded as a kind of “green food”. 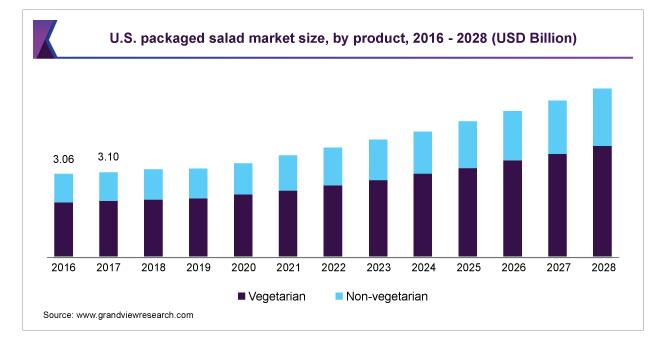 Experts have verified that every 100 grams of salad dressing contain 76 grams of oil and nearly 2 grams of salt. Eating 50 grams of oil and salt every day will exceed the human body’s absorption standards. If such high intakes for a long time, it will a certain impact on our blood, blood lipids, and fatness. Nowadays, many people are not short of sugar or salt, so long-term excessive consumption of salad dressing will indeed have a certain impact on our cardiovascular and cerebrovascular, blood pressure, and blood lipids. 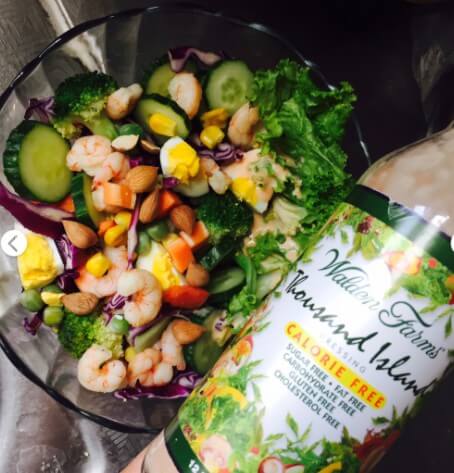 For example, Kraft specially launched a series of non-fat Miracle Whip. The largest proportion of the formula is not edible oil, but water. This not only gives Kraft Miracle Whip a refreshing taste, but its fat content is also only 29g/100ml, which is far less than the fat content of ordinary mayonnaise over 70g/100ml. The taste is moderately sweet and sour, making it easier to eat. There is also a low-calorie Miracle Whip for light foodists, with lower calories and the same flavor.

At present, low-fat products are very popular. Most of them achieve low fat by reducing the amount of oil or increasing the amount of water. Kraft takes a two-pronged approach. The Kraft low-fat series contains only 4.5g per 100ml, and the industry average fat content is also 20g/100ml. Non-fat salad dressing is relatively rare in the market. Kraft non-fat salad dressing is made with skim milk to reduce the greasiness of vegetable oil and add a smooth taste. The flavors include Italian Vinaigrette, Ranch Sauce, Thousand Island Dressing, Caesar Sauce, French Cream Sauce, and Asian Tahini Sauce, etc., with a wide variety of choices.

4. What are the main differences between different brands and types of salad dressings? 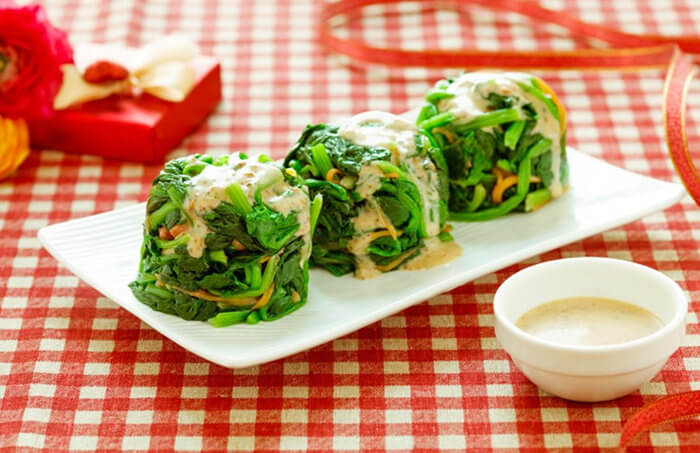 Generally speaking, vinaigrette is the salad dressing with the lowest fat content. Thick types such as Mayonnaise and Caesar Dressing are quite high in fat content and calories, so eat as little as possible.

(3). The Variety Of Salad Dressings

5. What machines are needed to produce KRAFT salad dressing?

The production of salad dressing mainly uses the principle of emulsification of fats, and emulsification is the core of the production of salad dressing. The production process of salad dressing includes the alternate method and the continuous method. The alternate method is to first disperse the emulsifier in a part of the water phase, then alternately add a small part of the oil phase and the remaining part of the water phase, and finally, homogenize the obtained pre-emulsion. The continuous method is to first mix the water phase and the emulsifier uniformly, and then gradually add oil under vigorous stirring to achieve emulsification. The continuous production method is suitable to be carried out in a vacuum emulsifier. While vacuuming, while adding oil and vinegar, while stirring and emulsifying, the homogenization equipment is a grinding homogenizer.

In salad dressing, oil occupies a large proportion. When processing such a large proportion of the oil phase, if the emulsification is not complete, the phenomenon of oil-water separation is very easy to occur. Some salad dressing manufacturers reported that the products produced by their original equipment generally have problems such as short shelf life, easy layering, and uneven particle size. In fact, most of the factors that cause these problems are the quality of the emulsification effect. If you want to perform uniform and thorough emulsification and shearing of the material, you must choose a suitable manufacturing process.

According to the characteristics of the colloid mill and high-shear vacuum emulsifier, what is the difference between the two machines?

The colloid mill is suitable for grinding and crushing processing from large particles to small particles, such as processing peanut pieces into peanut butter, chestnut pieces into chestnut fillings, and tomato chunks into tomato sauce, etc., and it has high requirements for material fluidity. Slurry with poor fluidity will cause serious heat generation due to the long residence time of grinding.

The colloid mill is suitable for grinding and crushing processing from large particles to small particles, such as processing peanut pieces into peanut butter, chestnut pieces into chestnut fillings, and tomato chunks into tomato sauce, etc., and it has high requirements for material fluidity. Slurry with poor fluidity will cause serious heat generation due to the long residence time of grinding. 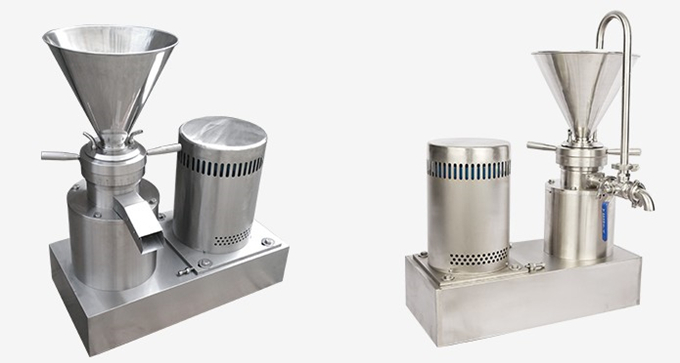 In addition, the colloid mill relies on the gravity of the material to fall, and the high-viscosity slurry is ultra-finely dispersed, and the flow is extremely small. Moreover, it is based on the principle of grinding processing. When grinding particles with higher hardness, the fixed grinding disc and the moving grinding disc wear faster. The shearing and refining effect of a colloid mill is smaller than that of a high vacuum emulsifier. In view of its strong adaptability to materials (such as large particle materials), on many occasions, it is generally used in the front process of a high-shear emulsifier.

The high-shear emulsifier is suitable for the ultra-fine emulsification and dispersion of ultra-fine powder particles in the liquid phase. Due to the high tangential speed generated by the high-speed rotation of the rotor and the strong kinetic energy brought by the high-frequency mechanical effect. In the narrow gap between the stator and the rotor, the material is subjected to the combined effects of strong mechanical and hydraulic shear, centrifugal extrusion, liquid layer friction, impact tearing and turbulence, etc., instantly disperse and emulsify evenly and finely. 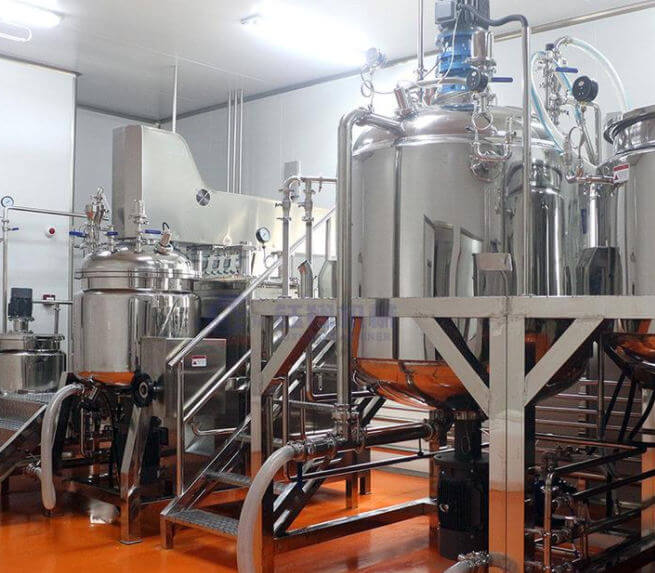 After high-frequency cyclic reciprocation, a stable and high-quality product is finally obtained, with a minimum dispersion fineness of about 200nm, and the dispersing knife set contains a conveying impeller, which can effectively promote the flow of materials and can reduce the size of the slurry based on a certain capacity. The stop-flow time of the material in the working chamber can effectively control the heat of the slurry.

If you need a complete suggestion on the production and emulsification of salad dressing, please contact the following well-known manufacturers and suppliers:

At present, the hot-selling KRAFT salad dressing on the market is packaged in glass bottles, PE bottles, premade pouches, and back-sealed, three-side-sealed, or four-side-sealed sachets. No matter which packing method is used, Sywen Packaging’s piston viscous liquid can complete the filling of Kraft salad dressing.

Our salad sauce filling machine adopts a horizontal mixing structure so that the sauce and oil can be fully mixed, which greatly improves the accuracy of measurement and filling performance. All models of salad dressing packaging machines are made of food-grade stainless steel. We can also customize a complete salad dressing production line for your products, including bottle washing, drying, ultraviolet sterilization, filling, capping, labeling, aluminum foil sealing, and other packaging processes.

If you need a salad dressing packaging solution or quotation,  please contact us today!